Fox Force 5 Worst Movie ever made? But Dig that Music 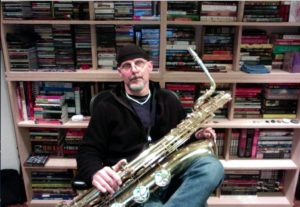 Steve Sechi in the studio

A Facebook entry of the record label Disclosure Records drew our attention to an early release – a Blaxploitation soundtrack to a film called Fox Force 5, which may have been made sometime towards the end of the 70s.

On the website of Disclosure Records you will find a newspaper article about this soundtrack and and the movie.

Unfortunately, neither the author of the article nor the magazine it appeared in is known, which would have allowed us to further investigate this film / soundtrack.

We therefore contacted the head of Disclosure Records to find out more about this release.

James Hart (CEO of disclosurerecords.com) answered in great detail and recommended talking to Steve Sechi. He was the songwriter (with Janice Dempsey) and arranger of the soundtrack album, and also played several instruments on the album.

We contacted and Steve and met him in his studio in Connecticut.

Steve laughed as we told him about our attempt to get information on this release.

He says “There are people involved in this project and they do not want to talk about it, but will I try to answer your questions as far as I can”

Our first question concerned the musicians on the album, who were called Funk Soul Brothers. Parts of this group have been playing together since the 1970s, said Steve.

“We’ve all known each other for a long time. For instance, I’ve been working in bands with the Conga player, Jary Mall, since I was 18 years old. ”

“As far as my music is concerned, I mainly specialize in 60s / 70s funk, soul and jazz. I have a special connection to the 70s because that was when I started to make music professionally as a saxophone player, and later as a writer.

At the time, I also started looking for obscure albums,  for ideas, because I just found the music very organic, and alive.

Much of what you hear on the radio today was made using computers, and doesn’t have real musicians.

To me, the 70s were musically more interesting. There were so many different types of music, from Motown and Stax to groundbreaking bands with very original sounds.

“One moment you heard Blood, Sweat and Tears, whose style was absolutely new. Then you’d hear an album by Jimi Hendrix, who when I first heard him, I almost fell off the chair. I didn’t know a guitar could sound like that!

Then there was Santana, a band that combined rock and Latin percussion. The music was far more varied than today, as the record labels were different. At the time, you did not know what kind of music you would hear next: Stevie Wonder’s Talking Book album, Marvin Gaye’s What’s Going On, and so many more.

Even the singers were more versatile at that time, today many singers sound the same and have the same style.

Today’s productions are too perfect and pristine for my tastes. 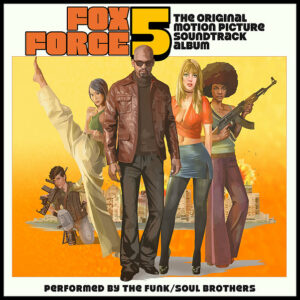 There is this James Brown song, I think it was “Superbad”. James “flubs the lyrics in one verse” and simply repeated the verse and left the mistake in. There was no autotune or anything like that back then.

They went more for the “feel” of a song, and didn’t worry so much about the small details.

Blaxploitation movies from the 70s were also a big influence. Though the films themselves weren’t all that good, the music from these movies was great.

I did a lot of research on those soundtracks, and have hundreds of CD’s of music from that era, but unfortunately no vinyl editions.

Fox Force 5 is the only vinyl record I own. ”

When asked how he got involved in the soundtrack to Force Fox 5, there was a long pause.

“I heard about a movie, an unreleased movie with the working title Brother Man. It made me think I would like to do an album like that, so I teamed up with a composer who’d written a lot for various production music libraries. He took me on board, and together we worked on this soundtrack album.

I was given a script, which I also showed to my good friend, the drummer / producer, Joel Rosenblatt. We talked about it, and started recording the project.

I’ve never seen the movie myself, and I don’t know if it really exists.

I believe that the film was never produced. It was the end of the 70s and the era of blaxploitation films was over. Probably the producers simply ran out of money.

Some time later, an animated series called Fox Force 5 was also planned. I don’t know if that project will ever happen, but I hope so.

It’s crazy that Europe has even taken notice of this album. 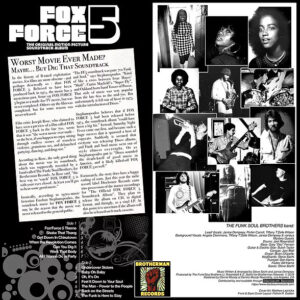 We would like to perform there. But to play the full soundtrack as it is on the album, we’d probably need a minimum of 16 musicians.

4 singers, 5-6 brass instruments plus bass, drums, 2 guitars, 1-2 keyboards and congas. That would be really expensive!

We may perform the album in New York, where there is an organization that sponsors music projects. But getting everybody together for rehearsals wouldn’t be easy, because the musicians we’d want use are always so busy.

But maybe we will do it. And maybe someday an indie producer will make a B-Movie version of Fox Force 5. That would be nice – and if it happens, we have a soundtrack all ready to go!”

There is another video clip next to the trailer called “When the Revolution Comes. The song fits in very well with our time, with the current political situation in the USA. I saw what happened politically here in the 60s and 70s, and experiencing it now again makes me very sad. ”

Steve exclusively provided SoulDisco with a copy of the Fox Force 5 script, which he said was probably not a finished version. We provide this to our readers. Furthermore, he also had material intended for the planned animation series, which we do not want to withhold from you.

If you want to order the album, you can order it at https://www.disclosurerecords.com/product-page/the-funk-soul-brothers-fox-force-5. The album is also available streaming services. 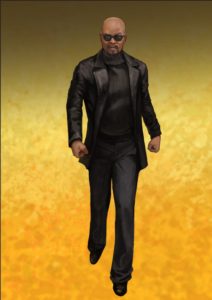 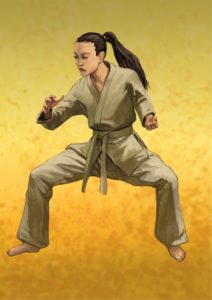 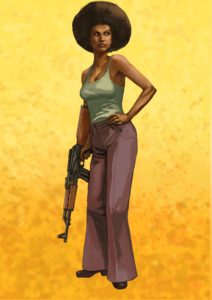 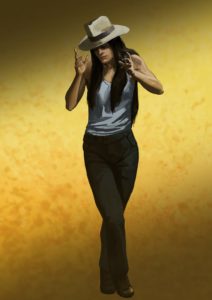 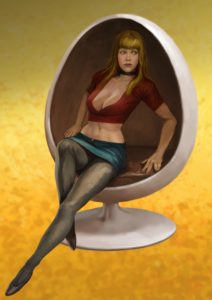 Convert your PDF to digital flipbook ↗

A Conversation with Otis Williams from The Temptations

SoulDisco Exclusive: Interview with Kenny James from The Hues Corporation

SoulDisco Exclusive: Interview with Valerie Holiday from the Three Degrees talks about “In Bloom”