This song has been recorded by many artists before Dusty recorded it. 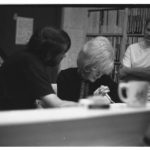 (Please see samples below) To me it represents one of the highlights on the album. First recorded by Ben E. King in 1966 and the last version of this song was recorded in 2008. So, still after all these years this song draws a lot of attentions from musicians around the world. Ballads were very known territory to Dusty. She makes this version her very own.

Son of a Preacher Man

And here it is ladies and gentleman, the song that brought Dusty 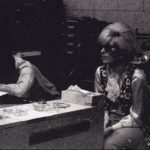 To me this song has everything: a cool guitar riff, a sexy singing Dusty. This is one of those songs that will stay forever.

The song was written and composed by John Hurley and Ronnie Wilkins. Released as a single on November the 9th it also became Dusty’s highest single chart entry in Memphis . The song stayed in the Billboard and Cashbox charts for 13 weeks.

Dusty herself was not so happy with this recording. “But I was very inhibited when I made that recording. I can`t walk straight in among strangers, say “Well folks, here I am” and start singing. In London most of the musicians are known to me, I`m more at home, I know what I can get away with! But the longer I was recording there, the less tense I felt. There`s a distinct change from the sound of me on the first tracks recorded, such as “Preacher Man”, to the last ones.”

Dusty wanted to redo the vocals to Preacher Man as she was not happy with it. “It`s a very white record really. When I did it I kept saying to Jerry Wexler, “But I sound terrible, terrible, let me do it again. And he was very calm and said it was fine and that was that.’

This is one of her most performed songs two version are “stand outs” as they were different to how Dusty was singing them usually. The First Version is from 1981 were Dusty was singing it with a different arrangement. (See Clip below) the other version was done as a Duett from the 1985 Anne Murry show ( no footage available)

Dusty`s Version with a different arrangement from 1981.

I Don’t Want to Hear It Anymore

This Song was “found” by Jerry Greenberg

“I was a promo man in Connecticut for Vee Jay records It was the b side to I stand accused by Jerry Butler. I was very happy she loved it and she did a great job.”

Writer Kevin Courrier, in his 2005 book Randy Newman’s American Dreams, describes the song as about the “ambiguities of romance” with the singer the protagonist in an “ill-fated love affair”.

I often hear that this recording this one of the best from session and even one of the best Dusty recorded. I try to find myself what so many people seem to find in this song, but to me and this is only my personal opinion. The special something or as Warren Zanes describes it in his book about Dusty in Memphis ” the idiosyncratic songwriting of Newman as “reinforcing the backbone of the story that gives [the album] its special shape”. I can`t find the shape or maybe I need more time or experience in life to see/hear it.

To me the Jerry Butler Version is more appealing.

Don’t Forget About Me

This version is the second version which has been recorded by Dusty. She recorded this song a year earlier in London. Below you find also the so called English version of this song for comparison purposes..

They were earlier versions by Barbara Lewis and P J Proby. Barbara`s versions remind me of Dusty`s. But something specialis missing. As far as PJ`s version goes, well let’s just say that it is not my cup of tea. In my view, Dusty the definitive version.

SoulDisco Exclusive | Interview with Gerald Alston from The Manhattans